Innovation on the Fast Track

We are an AI venture studio

At SwitchPoint, we partner with business leaders across industries to drive rapid technological innovation. Give us your toughest challenge and we’ll turn it into your biggest opportunity.

“AI isn’t the future; it’s right now. Businesses that want to achieve their highest potential need to have a plan and a skilled partner by their side.”

Collaboration sparks our breakthroughs. You’re an expert in your industry; we’re experts in AI and data science. Together, we identify and develop AI-powered solutions that sharpen your competitive edge and create profitable commercial products.

We work with companies of all sizes.

Our partners are constantly seeking ways to propel their businesses. They reject the status quo and have no time for zombie projects or dead ends. SwitchPoint’s venture studio program is designed to innovate your company with speed and efficiency while forging a brand-new revenue stream. We work closely with you to identify specific, high-value goals that can transform your business, then we handcraft an AI-powered solution and iterate until we hit the bullseye. Upon validation, we rapidly commercialize the solution in a joint venture that continues to meet your needs and sets its sights on reshaping your industry.

If you’re an entrepreneur who’s hungry to change the world by leveraging the vast potential of technology, you’re just like us. We’re steadily on the lookout for game-changing business models that our AI superpowers can help to initiate or scale. Just as we do with more established companies, we align our interests with yours; in the case of startups, we achieve this through a mixture of cash and equity. With a fixed focus on setting you apart in the marketplace, we create unique, high-value solutions, cede intellectual property to your company, and stand by you as you leave incumbents in the dust.

We have a solid track record of unlocking pivotal opportunities for visionary corporate partners of all sizes. Check out some of our work.

Our team’s decadelong experience working together is its core strength. Together, we’ve built hundreds of AI solutions across industries and successfully managed and exited our legacy AI-powered healthcare company. With a brain trust that includes award-winning data scientists and leaders in strategy and operations, SwitchPoint knows how to rapidly innovate and deliver bottom-line impact.

A new venture backed by local tech veterans and developed with help from one of the region’s...

END_OF_DOCUMENT_TOKEN_TO_BE_REPLACED

What You Should Know: – SwitchPoint (made up of veteran healthcare leaders with experience at...

END_OF_DOCUMENT_TOKEN_TO_BE_REPLACED

Where should your business grow? Where and how do you capitalize on new opportunities? As a business leader today, you have to address high-stakes questions like these at a faster pace than ever before. Scout Intel helps you harness the power of data and AI through a platform that is customizable to your business, so that you can make decisions with confidence. Scout Intel is a joint venture between SwitchPoint and Montecito Medical, named a key influencer in healthcare real estate for three consecutive years and one of the largest privately-held acquirers of medical real estate in the U.S.

During public health emergencies, response leaders lose precious time trying to match individuals with the right skillsets to critical response roles. Launched in concert with public health and disaster recovery experts, Centuria Readiness is a smart, automated, and HIPAA-compliant software system that – at the touch of a button – assigns the right people to the right roles at the right time, allowing response leaders to begin immediately, stay on task, and serve the public to their fullest.

It can take up to $50,000 in fees and a full year of searching to recruit a qualified physician to a vacancy. The cost of recruitment inefficiency is borne by patients in the form of inadequate care and by medical providers as lost revenue. SwitchPoint is preparing to launch an AI-driven data search and staging solution that presents the optimal candidates to physician recruiters. Our novel technology searches a national database of physicians and winnows down the population to those with the highest fit with, and probability of interest in, a given available position. By accessing massive data sets, WinnowMD increases efficiencies by revealing the compatibility of physicians with potential employers, facilities, and communities.

SwitchPoint is working closely with a non-profit, community-based health plan/HMO situated in one of the nation’s largest cities that improves access to healthcare services for those covered by publicly-funded health insurance programs. Our work involves mining health insurance claims data for opportunities to improve the health of plan members. Improvement will come via increased diagnostic accuracy, identification of new care pathways, and enhanced health outcomes.

Certain chronic health conditions, such as benign prostatic hyperplasia, overactive bladder, erectile dysfunction, and cancers of the prostate, kidney, and bladder, require a patient-centered approach that delivers appropriate care at the right place and time. Meanwhile, payer reimbursements, business expenses, quality reporting, and other market dynamics are exerting strong influences on urology practice management. As a co-founder of a urology-focused consortium, SwitchPoint is employing AI in various ways to increase revenue, control expenses, and improve patient experience and outcomes in this critical medical specialty. 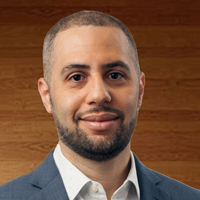 Ray is founding CEO of SwitchPoint Ventures and is responsible for all aspects of the business and overseeing SwitchPoint’s interests in its portfolio companies. Prior to SwitchPoint, Ray was the SVP of Analytics at Intermedix/R1 where he led a large, globally distributed analytics business unit. Previously, Ray served as SVP of Strategy for the company. Before joining Intermedix, Ray was Chairman and CEO of WPC Healthcare where he executed a successful turnaround that led to WPC’s sale to Intermedix. Ray’s career has also included positions of increasing responsibility with Microsoft, Freeliant, Venture Technologies, Dialogic Communications, and the U.S. Army. Ray’s leadership, business acumen, and technical and industry expertise have led to notable recognitions including a gubernatorial appointment, a “40 under 40” award, a Healthcare Hero award, and being named a Nashville Healthcare Council Fellow. Ray currently serves on the Boards of The Community Foundation of Middle Tennessee, Center for Nonprofit Management, Ascend Federal Credit Union, Entoto Gear, and Ordinary Hero Foundation. 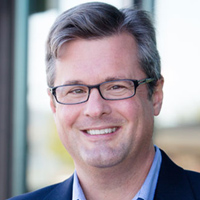 Nolan is founding COO of SwitchPoint Ventures and is responsible for defining AI solutions, overseeing their development, and ensuring their successful implementation. Prior to SwitchPoint, Nolan was Vice President of Operations at Intermedix/R1 where he was responsible for operationalizing analytics products. Before joining Intermedix, Nolan was COO of WPC Healthcare, where he was responsible for machine learning solution implementations. Nolan has 25 years of experience in technology implementation and operations, as well as project management experience with companies like McKesson, Virgin Mobile, Hilton Hotels, and Asurion. Nolan holds an undergraduate degree from the University of Virginia and an MBA from the University of Memphis. Nolan also received a certification in Systems Analysis and Design from the University of California at Berkeley. 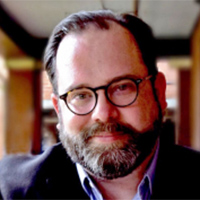 Damian is founding Chief Data Scientist of SwitchPoint Ventures and is responsible for architecting database designs, conceiving and developing AI solutions, and ensuring those solutions satisfy practicable business objectives. Prior to SwitchPoint, Damian was Chief Data Scientist at Intermedix/R1, where he led the data science team and oversaw the company’s machine learning strategy. Before joining Intermedix, Damian was Chief Data Scientist of WPC Healthcare, where he developed machine learning solutions. Damian has 20 years of experience in finance, healthcare, and technology, working across a diverse set of industries with Morgan Stanley, HCA, and Aetna. Damian is an adjunct professor at Lipscomb University, where he teaches data science. A former NTC Data Scientist of the Year, Damian is ranked in the top one percent of data scientists internationally (Kaggle). Damian is a frequent author and speaker on artificial intelligence. 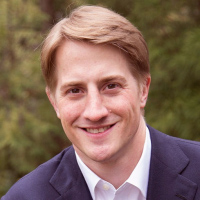 Walton joined SwitchPoint Ventures shortly after its inception. With a background in management, finance,` and law, Walton leads business development activities for the company. Prior to SwitchPoint, Walton was a senior manager of Jimmy Sanders Inc., a third generation family-owned farm supply and distribution business with over 100 locations across the Mid-South. In addition to managing firmwide marketing strategy, Walton led the company’s precision agriculture / big data unit and evaluated new technologies for firmwide integration. Previously, Walton worked in private equity investment banking with Banc of America Securities in New York, and in corporate law with Freshfields Bruckhaus Deringer in New York and London. Walton holds an MBA with distinction from Columbia Business School, a Postgraduate Diploma in Legal Practice from The College of Law, London, and an MA (Hons) in Economics & Law from Fitzwilliam College, Cambridge.